The History of the Multimeter

Home / Industry Applications / The History of the Multimeter

The first device that could be considered a predecessor to the multimeter showed up in 1820 It was a moving-pointer current-detecting device, called a galvanometer. Designed only to detect electrical current and could make a compass needle move, the galvanometer was useful in the lab, but very bulky and delicate, so impractical for fieldwork.

In 1920, a British Post Office engineer, Donald Macadie, is credited with inventing the very first multimeter. The story goes that he was frustrated that he needed to carry a bunch of different tools when working on telecom lines, so he created one tool that could measure amperes, volts, and ohms. Leading to the product being named the AVOmeter.

The first AVOmeter itself was quite clunky compared to the digital multimeters we are used to today. But over the first decade of the multimeter’s life, it shrunk considerably, creating a portable version with additional range and features by the 1930s.

The history of the voltmeter really picks up when Westinghouse introduced the first Universal meter. The original AVOmeters only measured direct current (DC), resistance, and voltage in 13 different ranges. When the “copper oxide instrument rectifier” was made, the meter featured the ability to measure alternating current (AC) and upped the ranges from 13 to 20.

An early version of the AVOmeter by Liftarn, CC BY-SA 3.0

It wasn’t long before the analog displays were on their way out the door. As the history of the voltmeter moved forward, engineers were trying to make a solid-state digital voltmeter as early as the 1950s. But the technology wouldn’t catch up with the idea until the 1970s. Semiconductors became cheap enough to make the designs practical around this time.

The Fluke 8020A digital multimeter

The world’s first successful handheld digital multimeter, or a voltmeter with multimeter features — gave field technicians the troubleshooting capabilities once reserved for lab specialists. The Fluke 8020A digital multimeter made big news in 1977. Traveling in hip pockets and tool bags to the most inaccessible job sites, it proved to be accurate, reliable, easy to use and tough as a rock. And it made the technicians who used it look good.

It changed Fluke’s focus from a maker of bench test instruments into the world leader in handheld electrical test tools. In the decades that followed, the 8020 and its successors would earn their keep in the world’s most challenging workplaces and build incredible loyalty among some of the world’s most demanding technicians, selling more than 1 million units by the 1980s.

The newest and best technology

Born into an era of remarkable technological advances (the first fiber optic phone circuits began service in 1977), the Fluke 8020A used the newest and best electronics technology. That was its secret. Existing components couldn’t deliver the required combination of high performance and low cost, so Fluke designers created a custom, complementary metal oxide semiconductor (CMOS) analog-to-digital converter chip to drive its LCD screen. 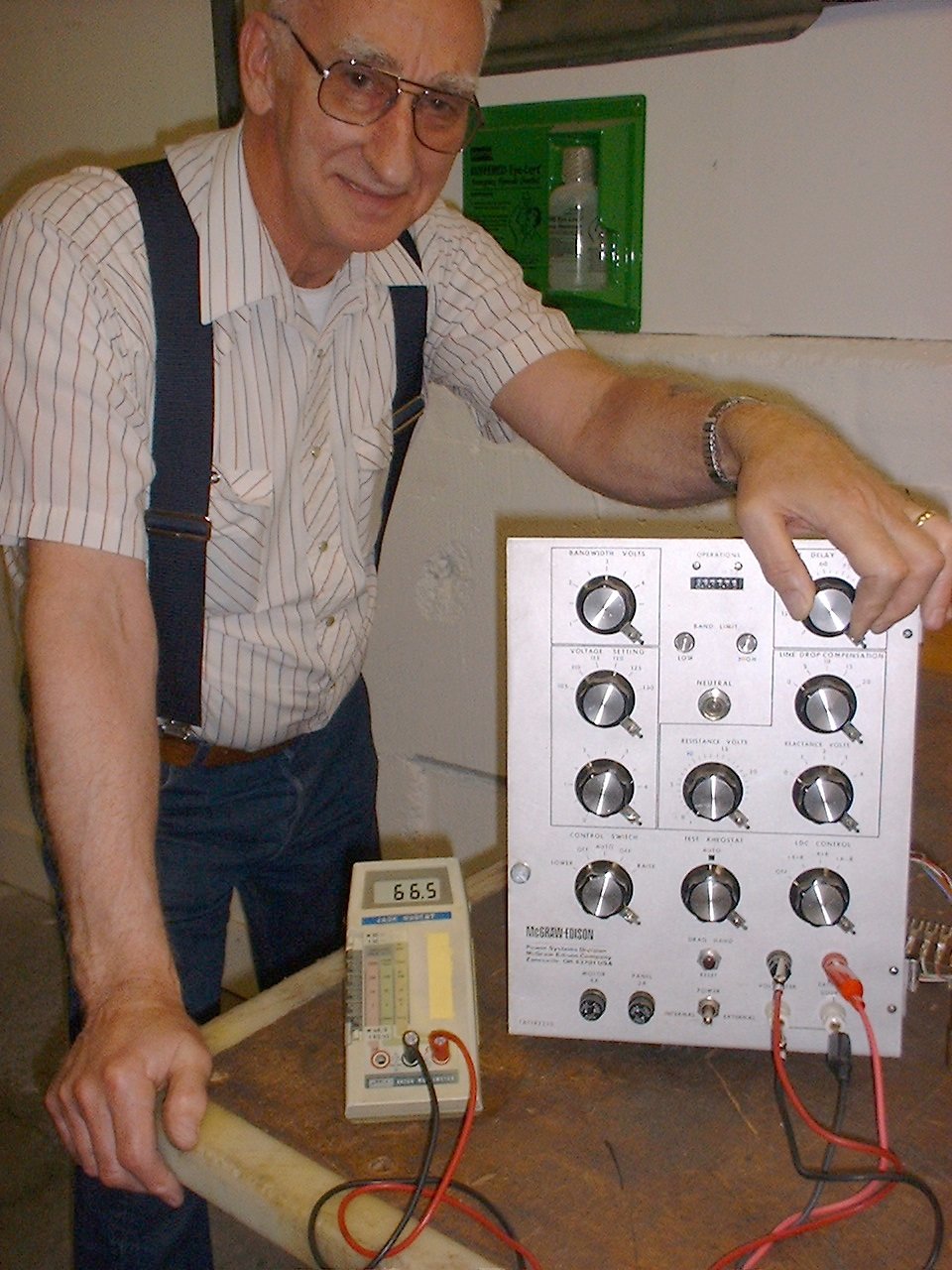 The electronics packaged into that little gray case proved to be highly accurate (within 0.25 percent of reading +/- 1 digit), light on battery use, reliable, and durable. If the 8020 impressed the editors (Electronics magazine ran a six-page technical analysis), it made an even bigger splash where it really counts: in the field. After just a day of use, competing meters with an LED display required an overnight recharge; the nine-volt battery in the 8020 lasted through 200 hours of testing. Its LCD display was designed to optimize visibility and response, even at low temperatures.

To protect against high-voltage transients, the 8020 used metal-oxide varistor clamps in combination with input resistors designed to fail as an open circuit to protect the meter and its operator. The little gray meter delivered a mix of performance and price (US $169) that made it an instant hit.

A Fluke customer used his 8024B multimeter for more than 26 years. Over the years it lost the “peak hold” button, but otherwise functioned perfectly during its long lifetime.


Advances in the multimeter

By 2004, only 27 years after the 8020A was initially introduced, the Fluke 189 digital multimeter delivered more than 20 new features. They included: 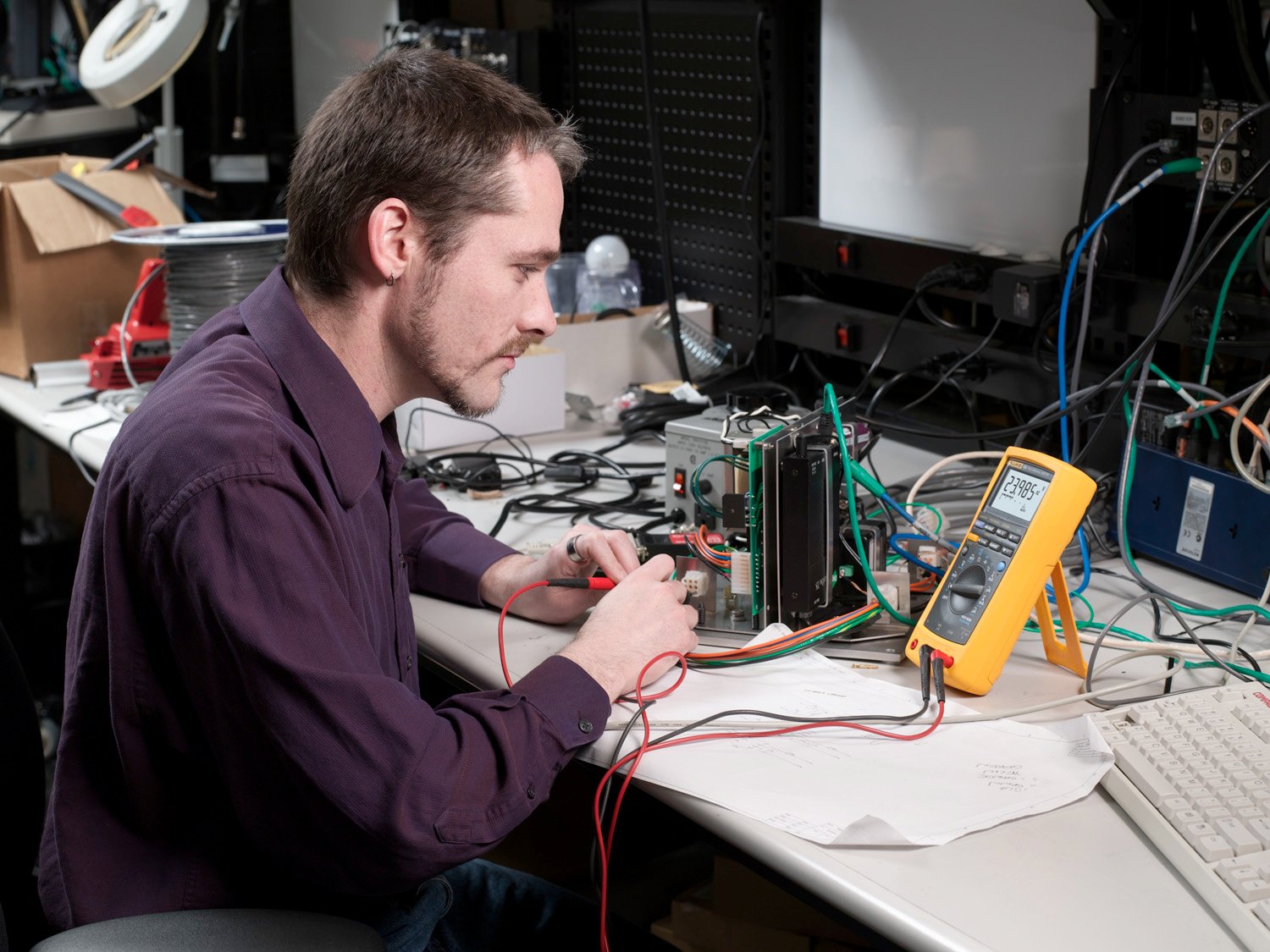 Planning the meters of tomorrow

The concern for safety among employers, unions and technicians is only going to increase. Today’s Fluke tools meet or exceed the toughest relevant safety standards and bear the marks of U.S. and international testing labs to prove it. As standards become more rigorous, so will Fluke tools.

Ergonomics to fit the environment

A tool that’s hard to use soon slips to the bottom of the toolbox. But techs keep their “Flukes” on top, thanks to advances in the products design. Digital multimeters are smaller than ever before. These tools fit securely in the palm of your hand like the Fluke 107.

Designers are constantly incorporating new features without adding extra complications. In the 87V digital multimeter, Fluke reassigned an existing button to include both temperature and an adjustable speed motor drive feature.

The introduction of Fluke’s FieldSense technology has been included in electrical testers and clamp meters, making it easier to make voltage and current measurements without touching a live wire.

Technicians can be confident that reliability will remain a defining Fluke advantage. You can be so confident of this; Fluke engineers have to stock up on repair parts when designing tools. They have to look ahead and estimate how long that tool will remain in service, and make a “lifetime buy” of repair parts to keep users supplied through the tool’s anticipated service life.

New Fluke meters do more. It’s that simple. Whether it’s increased safety, added capabilities, or higher performance, new generations of Fluke tools will always include these. We are continually investing in developing new and better tools to suit the needs of a changing electrical and industrial world.